To show you the extent of how end users and ad serving platforms are at risk from Cybercriminals malicious ad campaigns affecting adsecurity and ad quality, here is AdSecure's Violations Report for Q1 & Q2 of 2022. AdSecure analyzed over 100 million scans between 1st January to 30th June 2022. These findings provide insights into cyber criminal behavior during Q1 & Q2: What were their malicious weapons of choice? In what GEOs were Malvertising trends located? What did AdSecure’s detections reveal in order to stop and protect end users from malicious ads? 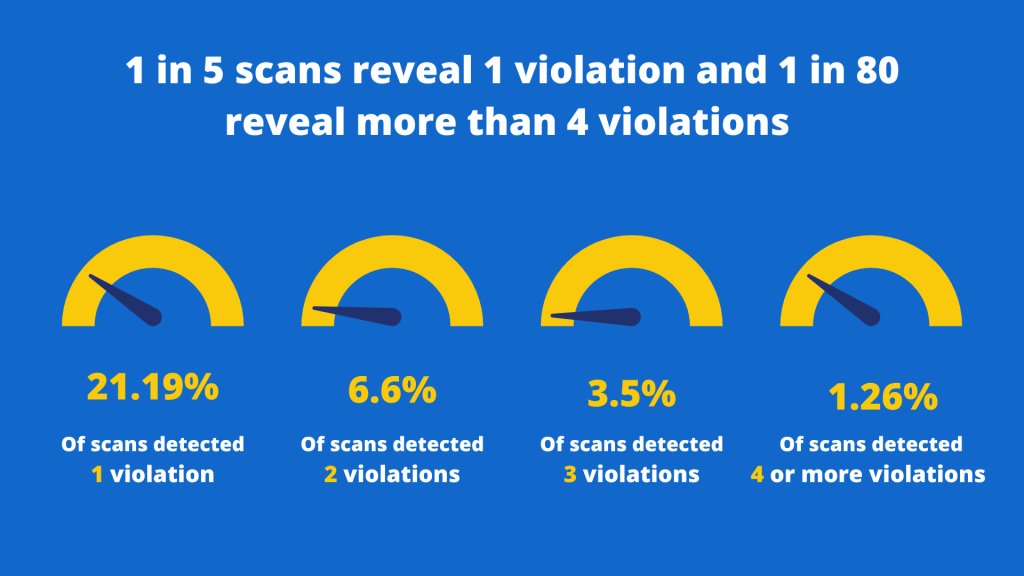 Insight: By adding several different violations in one ad campaign, it allows Malvertisers to be much more effective in their exploitation attempts. Some common tactics they use are a chain of different violations including: the ad creative, the landing page, url, redirection path/chain and hidden code within in iframes. Their aim is the hope that even if one or two violations get discovered, others can still slip through undetected.

Compared to Q4 2021, many user security violations have shown significant increases in Q1 2022. The violations include:

The most common detection within User Security has been Malicious URLs, representing 86.2% of violations within this category, violations between Q1 & Q2 maintained similar numbers. Malvertisers use Malicious URLs to direct users to non-compliant or dangerous sites to steal their personal and sensitive information such as logins or bank information, or trick them into downloading malware, which can lead to serious consequences for the user’s security. 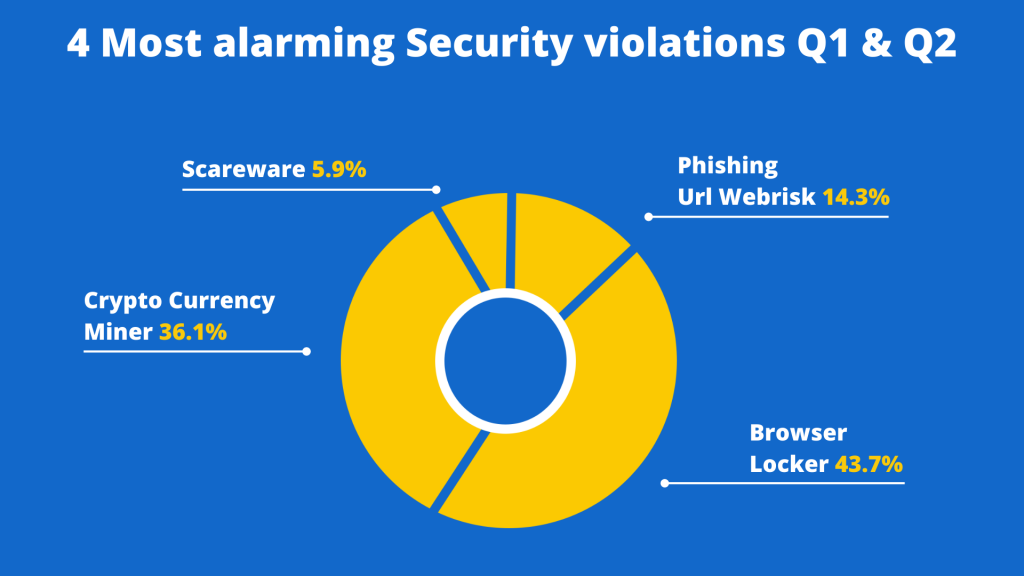 We looked at some of the 4 most alarming security violations for end users in Q1 & Q2. These are categorized as alarming due to how they can compromise the end user's device and also force the end user to part with private data. Non-internet savvy end users can get really freaked out by these violations inserted into malicious ad campaigns. 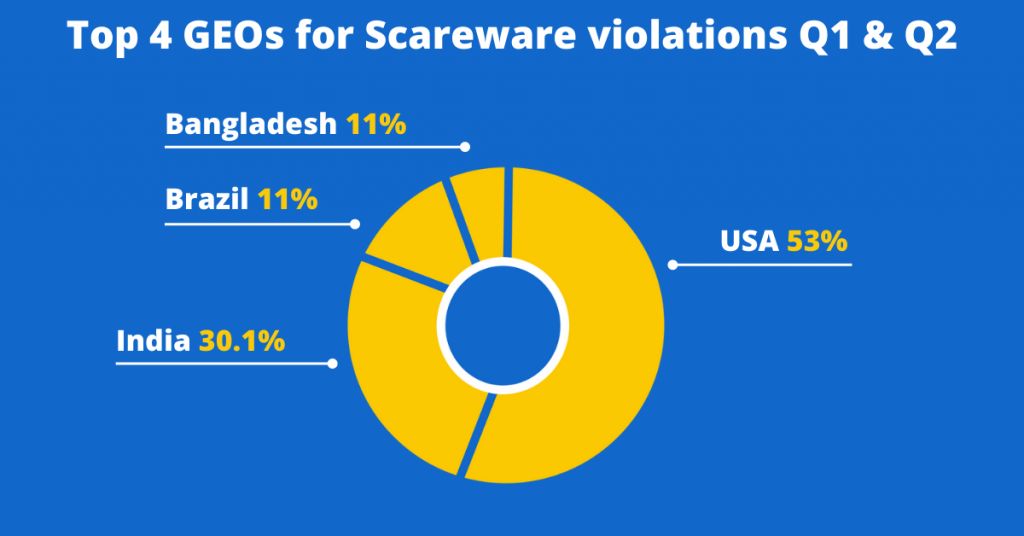 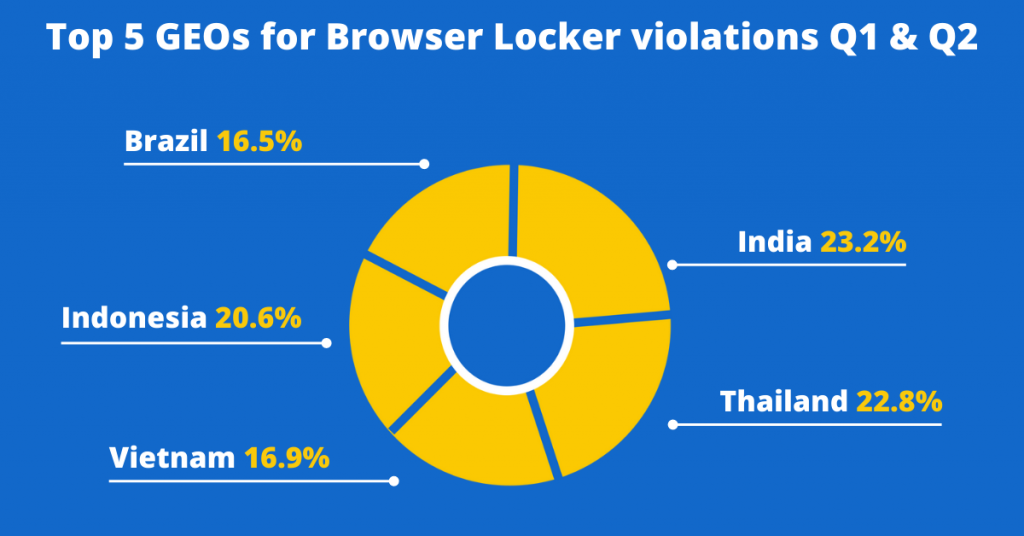 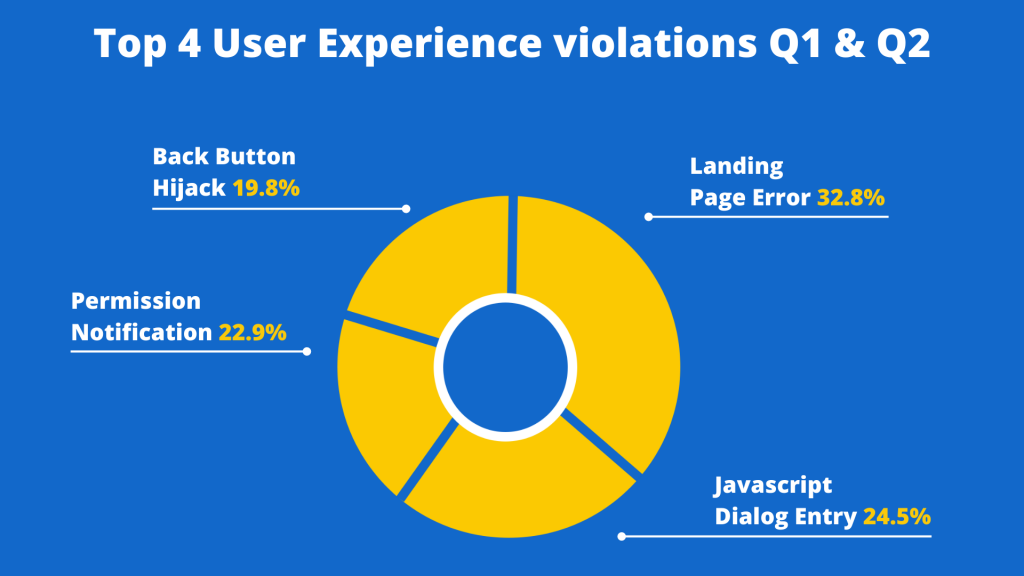 Insights: It is worth noting that Ads that request location details from users, such as Permission-Geolocation, for the sole purpose of advertising, are not accepted by Google’s Personal and Sensitive Information Policy, and also contribute to a bad user experience.

User Advisory Detections are violations to be cautious of, as they could indicate offensive material not suitable for all users, the potential for suspicious or fraudulent activity or not being aligned with advertising industry standards set by the IAB. Here are the top 4 detections broken down as percentages: 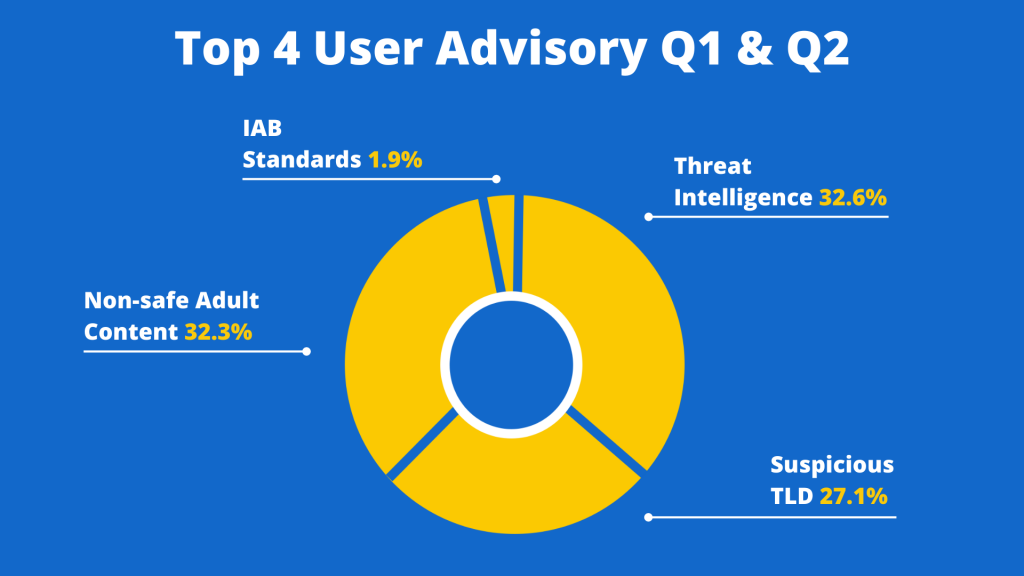 Non-safe adult content shows unrequested offensive material to the end user, no matter their age. It may contain elements showing explicit nudity or sexual activities. AdSecure's Violations Report found that 32.3% of scans in this category detected adult content in ad creatives. Currently several countries including the UK, Australia, Germany, France and Ireland are developing age restriction laws for online content so that users under 18 are not exposed to this sort of content. Now more than ever, it is imperative for publisher sites that receive traffic from all age groups to block ads that promote explicit content. AdSecure's Ads Classification tool is used to identify creatives that feature NSFW and Non-safe adult content. 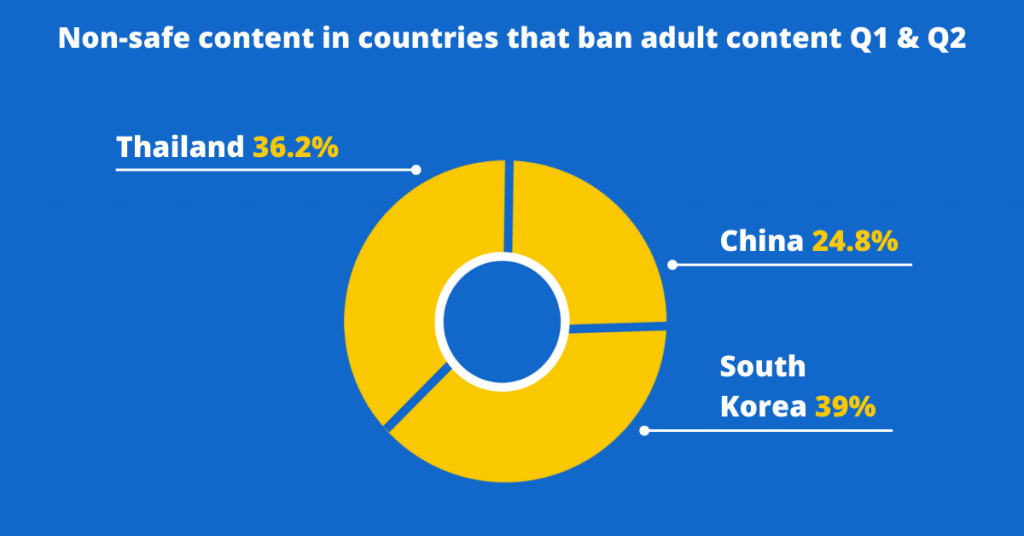 AdSecure has an IAB Standards detection tool that scans ads to verify that the ads are aligned with  IAB recommendations to abide by industry standards.There are 4 IAB detections that AdSecure scans for, here you can see the violations percentage split for Q1 & Q2: 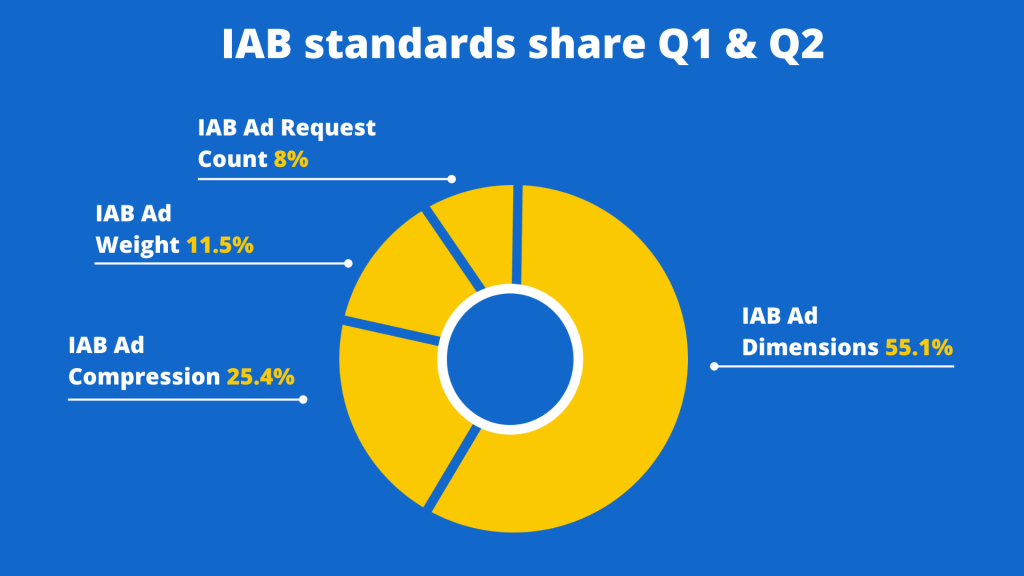 By far the largest violation detected was IAB Ad Dimensions at 55.1%, this detection scans for the correct pixel x pixel size, otherwise the ad creative will appear squashed when displayed. Having a squashed ad on a publisher's website looks bad for user experience and also, less or no clicks are likely on the ad zone affecting the publisher's revenues. Just to note, comparing Q1 to Q2 there was a 44% increase in discovering bad ad dimensions. While IAB Ad Compression and IAB Ad Weight decreased in detections, the IAB Ad Request Count saw an increase of 40% comparing Q2 to Q1. This detection verifies that ads meet the IAB maximum recommendation of no more than 10 requests.

Insight: AdSecure’s IAB detection is a great tool for ad networks and publishers to use to identify advertisers who need to be educated about industry standards. By identifying specific campaigns, the ad network or publisher then contacts the advertiser and asks them to re-submit the campaign with the correct weight, size, compression, etc. Campaigns that are aligned to the IAB standards lead to higher levels of user engagement and overall conversion, which means that providing compliant ad creatives plays a key role in maximizing revenues. Also, website performance can be impacted negatively if industry standards are not met, creating a bad user experience, affecting publisher eCPMs and possible Google rankings.

In Q2, AdSecure introduced the new Heavy Ads and Ad Crypto detections to allow further detection of malicious ad campaigns. As these are recent releases data is still being collected, however we wanted to highlight how effective both of these new detections are.

Heavy Ads: Heavy Ads identifies ads that violate Google's rules set out in its Heavy And Intervention from Chrome 84, causing Heavy Ads to get blocked in the Chrome browser. To be classed as a heavy ad, the creatives need to:

Here is an example of the Heavy Detection in action:

Here is an example of the Ad Crypto detection in action:

Malvertising is a continual battle for ad networks, ad serving platforms and publishers in order to detect malicious ad campaigns.  Malvertisers use many different tactics and tools to launch their attacks which you can read about in our indepth blog post about different Malvertising techniques here. Luckily help is at hand with AdSecure's ad verification system, which is built around a custom-made crawler capable of simulating a wide array of devices and locations. It allows the clients to automatically scan ad tags and site pages for all kinds of malvertising and non-compliant issues in real-time. Unlike older solutions, AdSecure's crawler is powered by Chrome, and built on the same modern browser technology that powers today’s online world. This technology interacts with digital ads as an end user would to ascertain exactly what the end user will be exposed to throughout the entire flow of the ad campaign.